The Secret Life of a Lake

If you’ve never seriously attempted to fish a lake, perhaps now is the best time to do it, since many of our highly regarded rivers need a deserved break. 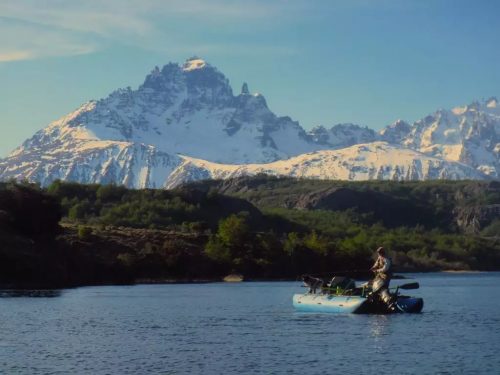 For many years, fly fishing lakes has been something of a marginal alternative to river fly fishing. But as fly fishing became more popular, in particular in the last two decades, many river fishermen tired of competing for a good spot on their favorite streams, have migrated to lakes looking for solitude and quality trout. Many of us, in the transition from rivers to lakes have discovered that we’ve been missing out on a source of pleasure and good times, especially when a bunch of brown and rainbow trout swim beside us in a crystal clear water. Or when a big one takes our fly cutting the surface with a tight line, before exploding in a spectacle similar to fireworks, challenging the reel drag and thrilling us as if we were fishing in a river. Today, stillwater fly fishing has become a fully developed discipline with its own techniques and strategies. If you haven’t cast a fly on a lake, you have definitively missed quite an exciting experience that defies even the most skilled fisherman.

Fly fishing creates all kinds of emotions, ranging from deep frustration to full satisfaction and joy.

In Patagonia’s national parks there are more lakes than rivers, and as with rivers, lakes vary from very productive to less productive. Typically the trout in these lakes reach a size which is uncommon in rivers. Learning and understanding the productivity of lakes can guide us to those lakes that produce trophy trout, or those where the number of trout compensates for their size.

Bad weather on a big lake can ruin the entire fishing experience. However, weather on smaller lakes, although sometimes tough, can be dealt with by taking a few precautions. Many larger lakes particularly those of a glacier or tectonic origin, have shorelines that are not friendly during a squall. The chances of finding a sandy beach are virtually nonexistent. Fly fishers are more prone to look for small lakes which can be easily accessed and fished from a float tube or portable boat. 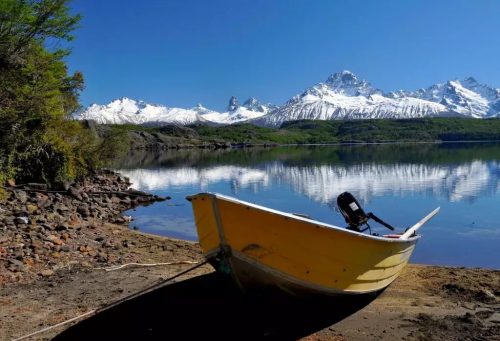 Shallow lakes where sunlight easily reaches the bottom, feature a higher volume of vegetation and, therefore, abundant food supplies. These lakes are where we find greater numbers of trout particularly if the water is alkaline encouraging an abundance of scuds. Shallow waters also favor the existence of a great number of invertebrates, and if you add a lake with irregular shores and lots of rocks and irregularities, a profitable fishing day is almost guaranteed. 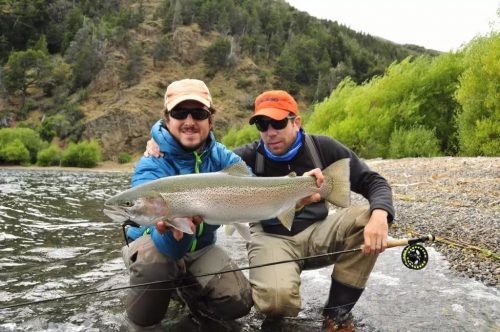 Here is where most food is located because the depth, which is usually not deeper than 18 feet, allows a lot of sunlight penetration encouraging the growth of algae and other types of green plants. Huge quantities of insects and crustaceans choose this habitat. Trout take advantage of this abundance of food along the shorelines, moving in and out several times during the day to feed.

This is the sandy elevation of the bottom of deep water. Since sunlight still reaches this area, there is an interesting growth of algae and plants. This is the area trout choose to seek shelter or to escape the warmth of the shallow summer water. Fly fishing in summer daytimes along the warm shoreline doesn’t make any sense at all. We have to start thinking how water temperatures vary in lakes, and in which temperature zone to fish. A shoreline can be excellent at dawn and sunset and poor during the day. However, a drop off with deeper water might be more productive during the day when the shallower waters have warmed. On average, trout feed in shorelines when the water temperature or sunlight are favorable, spending the rest of the day in drop-offs where they feel safe from heat and predators. Drop-offs depths usually range from 15 to 30 feet. 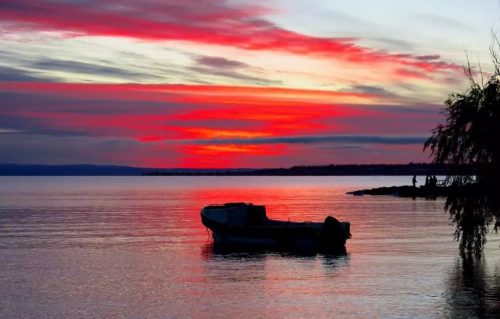 In some deep lakes, especially those of glacier origin, the deeper waters are often inhabited by trout in certain times of the season. Not having food on the lake bottoms does not mean they are sterile waters. They are inhabited by plankton organisms, such as sand hoppers, that form huge conglomerations and are highly sought by trout. Deep waters also allow the lake to have different temperature strata and that superficial water get mixed with bottom water in certain times of the season when surface water cools enough to reach maximum density and therefore goes down to the bottom pushing hotter water to the surface. 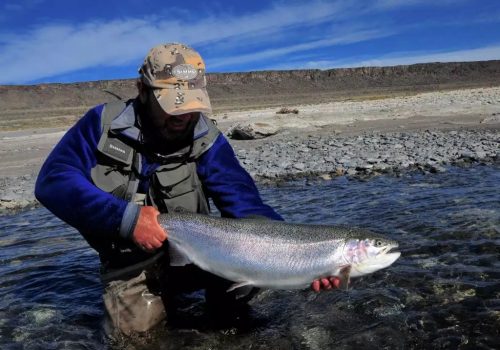